­ While every cryptocurrency and blockchain project is a little different from every other, overall, many projects face the same challenges. Navigating in an industry that is just beginning to create its own rules and legal guidelines can be incredibly challenging, and assembling a team capable of meeting and overcoming these requirements has proven to be something of both an art and a science. Some members of our team come from rigorous corporate backgrounds, some are naturally inclined to fill their roles based upon their innate skills, and some are honing their own skills as part of a never ending learning process. It is this mix of talents, mindsets, approaches, and ideation that makes for the productive, brainstorming, and bubbling productivity that our project is known for; and we have always done our best to work within group consensus, agreement, and positive discussion. Melding together all of these personalities and abilities is a constant challenge. But the Reddcoin project is bigger than any one member of the team, and it is our goal as an executive team to help move the project and its work forward while maintaining our stated values of openness, honesty, and transparency.

It is in that spirit that we are publishing this update.

ReddID (and Reddcoin itself) has been a work in progress for 5 years, since January 2014, as you may or may not know. Once envisioned and subsequently abandoned by the founding team, John Nash & I, along with other immensely talented team members have done our best to see that promise through to completion. We have been working our hardest for years, and even more so this past year, to get and keep this project on track and to fulfill its promise to the community, even in the face of uncertainty and market craziness..

Our initial release and proof-of-concept of ReddID in mid-2018 had some major technical performance and scaling problems, which we have worked tirelessly to analyze and improve since that day. Although almost 1000 names are currently registered and working with the system since launch, we’ve had trouble allowing for the exponential growth required for mass adoption. If you’ve followed recent announcements, we’ve never stopped efforts to be listed on new exchanges, have ongoing conversations underway with some of the biggest names in the crypto and blockchain industry, and we are doing our best to continue improvements in every direction.

In an effort to spur and leapfrog growth we’ve brought in performance specialists, coders, security experts, mostly as unpaid volunteers; but in some very specific instances it was required that we pay consulting fees out of our own pockets, because we do not have an ICO war chest to draw from. All in all, we have been able to improve and redesign our system to be able to handle far more users, added consensus protection mechanisms, additional back-end nodes, and other additional necessary upgrades. And as much as the process has allowed, we’ve tried to bring in more developers to help share that work effort, especially important as we continue to implement and adapt the latest technologies.

We’ve carefully hoarded our minimal development funds, and have supplemented those funds with personal contributions from our executive staff, passionate development team members and our supportive community. We have to pay for servers, domains, and all the other bits and pieces that make the system run on a day-to-day basis, along with systems to manage them. Since we are an all unpaid volunteer team, this means that most team members have day jobs, families or other restrictions on their time, and this has impacted our delivery times significantly, as we do not have the right to demand their personal time.

All of that being said, we are no longer content simply to ask the community to wait after we have missed multiple suggested release dates that have not been met for one reason or another.  We don’t believe in making excuses. The specific reasons are immaterial; the result is that we are not in the place we anticipated or expected we would be in at this point in time.

So, in the spirit of transparency, we need to let you know the Reddcoin team is behind where our anticipated progress should be. We are not holding back the release of ReddID for any reason except that we are not complete with our work, because our needs far out way our current resources.

With the current build of ReddID we have discovered the broad need for the upgrading of other systems that are either integral to the quality outcomes and implementation of ReddID, but have also been identified as important for the implementation of the entire Reddcoin Product Eco-System, moving forward. One example of this can be seen in trying to provide a safe, secure, and fraud-proof mechanism to purchase small amounts of RDD directly via credit card or other fiat, for new users. This is a key aspect of easy use and adoption of the product and popular use of ReddID, and it is a challenge we have not yet addressed adequately.

Until now, it has been our strongly held feeling that unless we can deliver on our promises to our community, we have no right to ask for investors to put up their money to fund that work. We have tried to guide the team to simply produce results and thereby demonstrate our intentions and capabilities, and that we are one of the few projects in the crypto space that has several compelling use cases (some known and others not publicized), and an awesome and supportive “ReddHead Community”, and a highly compelling reason to stick around.

As it is quite obvious, the core issue at hand is a lack of resources.

Therefore, Reddcoin’s executive team, after much discussion, has decided to immediately implement a fundraising effort through various means, prior to the official release of ReddID V1.0, so that we will be able to deal with our lack of resources, and have greater control over our outcomes. In discussions with private “Accredited Investors”, Angels and Venture Capital organizations, we have come to the conclusion that waiting would be more detrimental than not, and with a number of significantly interested investors standing by, we have the ability to do so quickly and professionally. Since we are a US based organization, and in keeping with US SEC Regulations, we have decided to not execute an ICO, but will instead seek a more traditional fundraising effort that includes an initial seed investment round to support salaries, and needed technical infrastructure.

We also have had some complex technical issues, now almost entirely solved, with our newly built backend, that required more testing and attention than expected. We have had to push back secondary efforts centered on our release progress, including planned marketing, documentation, and significant plans already in motion for private investment for our future growth.

The executive team as a whole has a stronger eye on the future than we ever have before. We have always positioned ourselves as being more than just blockchain developers, with goals that enable entire ecosystems, while supporting the less technical savvy users, and indeed welcoming them into our community. Cryptocurrency is not just about technology, and ensuring that users have a safe, positive and happy experience is one key way in which Reddcoin has tried to differentiate itself from other projects. The possibilities of Reddcoin, ReddID, and other services we have only recently envisioned are immensely exciting for Reddcoin’s future and the adoption of cryptocurrency in general. We’ve recently gained strong legal guidance from one of the oldest and largest law firms in the country, and financial and strategic guidance from SEC insiders, to broadly continue our role as an active player in this new fintech world.

With the support of our community, our aim is to transition to a paid team with a budget for required activities, and to allow users and investors to own a piece of the possibilities. We have created a mechanism to allow that to happen and we will be posting additional information on this initiative in the next few days, and our first opportunity for users to engage will be going live on Tuesday, February 12th on stokens.com. Thank you for your time, patience and commitment to the future of Reddcoin, and to the future of all cryptotechnology as a means to a better future for all! Help us build the new solutions, help users learn how to share their love, and Paint The World Redd! And Stake On! 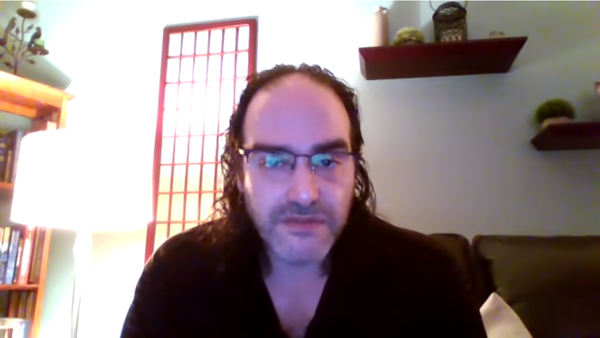 24 hours ago, Team Reddcoin (RDD) hosted its 1st Video AMA to the world. TechAdept (Jay Laurence) and CryptoGnasher (John Nash) reached out to the Telegram, Twitter, Facebook, and other

To all ReddHeads and crypto enthusiasts who’ve used the Reddcoin Twitter Tipbot, please pay attention to the following: The Twitter Tipbot has worked quite reliably until present date, but